He is a Director of UL Learning Resources Ltd, Riseholme Park Farms Ltd, ULEX and UoL Services Ltd. His is also Chair of the Members Committee for the University of Lincoln Academy Trust. 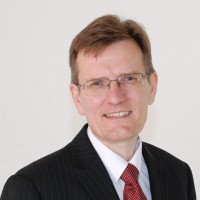 Professor Andrew Hunter is Deputy Vice Chancellor for Research and Innovation. He holds a Bachelor of Science degree in Mathematics and Computing and a PhD in Computer Graphics, both from the University of Bath. Andrew worked for several years in the software industry before returning to academia, teaching Computer Science at Sunderland and Durham Universities.

He joined the University of Lincoln in 2004, previously holding roles as Head of Department of Computing, Dean of Research, and Pro Vice Chancellor and Head of the College of Science. Professor Hunter specialises in computer vision and machine learning, with a particular interest in retinal imaging and behavioural analysis. He has published over 100 academic papers, and has developed freeware and commercial artificial intelligence software packages.

Mark graduated from London University and worked for 7 years as a manager of a complex farming business with a packing house supplying both Marks & Spencer and Sainsbury. Following this Mark returned home to farm and is still there on 600 hectacres farming potatoes, vegetables and cereals.

Mark has been either a Chairman or Director of a number of Food and Farming businesses and on the Board of the NFU Mutual and the Greater Lincolnshire LEP. Mark was previously a member of a government commission looking at sustainable food and farming and helped set up the Red Tractor Scheme and chaired the Oxford Farming Conference. Mark also spend a period of time on the governing body of Ayscoughfee Hall School.

Diana Meale was a Governor of the University of Lincoln until 2019 and is very supportive of the University’s ambitions to widen participation in higher education by people living in areas where that is not the norm. She pursues this interest as a County Councillor representing Mansfield West in Nottinghamshire which is an area partly characterised as having a low educational attainment.

She has a belief in the ability of the arts and theatre to inform and transform and has a long association with the New Perspectives rural touring company. She is a member of the Midlands Arts Council.

Professionally Diana holds degrees in economics and has an MBA. Until 2011 she was the Executive Director for Regeneration at the East Midlands Development Agency following a career as an economist in the private and not for profit sectors.

Members have a similar role to that of shareholders of a company limited by shares and in this case they are the sponsors of the Trust.

University of Lincoln Academy Trust has five members with three members being University employees and two members being independent. There are no lengths to the term of office. No employee of the Trust is a member. Members will normally meet a minimum of three times a year. The Governance Professional to the Trust Board will clerk Members meetings; minutes are not published.